Darren Jacklin has been an eXp World Holdings Independent Board of Director since 2013. He and Tatiana Mersiadis are quite the unique and dynamic couple. They are partners in life, business and global pursuits. The two may soon share yet another notable experience: being dubbed knight and dame.

On June 5, 2022, Darren was one of the 15 men and nine women chosen from among the more than 400 nominees to be honored into The Sovereign and Royal House of Cappadocia, and The Royal Order of Constantine the Great and Saint Helen. Having been relocated from Spain due to COVID restrictions, the elaborate Las Vegas ceremony was a momentous occasion. Also in attendance were eXp Realty CEO Jason Gesing and eXp World Holdings CMO Courtney Chakarun.

Darren was nominated for knighthood in the category of “entrepreneurship and philanthropy” by Dr. James Dentley, an entrepreneur and professional speaker who was knighted earlier in the year.

“I’m deeply honored to be identified as someone who meets the Royal Order’s criteria of conducting themselves with the kind of values I live my life with everyday – helping others,” said Darren. “It was quite an experience and something I will remember for the rest of my life.”

From Prairies to a Best-selling Book

In 2013, a mutual friend introduced Darren and eXp World Holdings Founder and CEO, Glenn Sanford. After an explanation of the business model and a little napkin math, Darren joined the company as an Independent Board Director.

“I understood Glenn’s character. We’re both from the Canadian prairies and I could tell he wanted to do what was right for agents and brokers.”

Darren’s beginnings as a young man in Swift Current, Saskatchewan were not easy. Learning disabilities and depression had him marked for failure, but an incredible mentor believed in him. Darren became a world-class speaker, redirecting his life and career onto a path of huge success. Tatiana, his life partner and business partner,  spearheaded a team in which she was project manager and creative director for his new book, “Until I Become,” which shares his inspiring story of underdog determination.

Someone To Do Life With

If the phrase, “behind every great man is also a great woman,” ever needed validation, meet Tatiana Mersiadis. In 2016, she met Darren at a training and development course where they were destined to find one another. Ever since, she has been managing and guiding the Darren Jacklin Group of Companies as the COO. Together the two are making a ripple impact through a legacy of collaboration, company development and the growth of their own charity.

“When I met Darren, he hit a plateau in corporate training,” Tatiana recalls. “I am a visionary/integrator. I vet everything and ensure to make collaborative decisions that qualify our time. Everything must be a win-win for all, otherwise we do not move forward. We have a lot to give. Integrity, heart and results are the criteria that we follow with anyone who joins our team or project we say ‘yes’ to.”

From Teacher to Entrepreneur

Tatiana was born in Geneva, Switzerland, and raised in Montreal from the age of 1 with French as her first language. She began her 35-year teaching career, moving to Vancouver in 1995. She studied finance on the side, with the intent of becoming  a financial planner. Eventually, teaching high school was no longer fulfilling her sense of purpose.

“I did not fit into a system that was filled with bureaucracy. I wanted to be able to create change and often had an ‘out of the box’ mentality, “ Tatiana shared.

On her way to becoming the business woman extraordinaire she is today, Taitana discovered, “I was a natural-born entrepreneur and just didn’t know it. After working all day as an educator, I plugged into the entrepreneurial work at night and I was energized. The light went on in my head – this is what I was meant to do.”

With her new passion, and the Darren Jacklin Group’s interest in philanthropy, Tatiana founded LY2NK (Leaders Yielding 2 New Knowledge) Foundation. “In my mind, entrepreneurship was the next logical step in being able to create whatever you wanted, build high-performing teams in which your success is only determined by how hard you work with no limits on what you can accomplish.”

LY2NK Foundation is currently managing and helping support a new sustainable school in Liberia, West Africa. There is a focus on skills and mindset training that gives students the opportunity to improve current conditions, build more resources and create lasting solutions within their own culture. “My goal is to touch, move and inspire every individual I work with,” said Tatiana. “I was a local teacher and now I’m a global teacher.”

It was all inspired by a humanitarian trip to Liberia  in 2018, where Tatiana met and formed an instant bond with her surrogate daughter, Patience. She has been mentoring Patience ever since, supporting her in graduating university in accounting. Patience presently works virtually for Tatiana and Darren’s own international and virtual full-service accounting firm Profitopia.com while awaiting her move to the United States.

Tatiana has been nominated for knighthood at the December investiture. Fingers crossed she will join Sir Darren Jacklin with the title of Dame. Regardless of the outcome, she will continue to conduct herself as she always has — a person who helps develop teams and shape talent to be the best they can be.

“I create leaders or empower them. I did that with my students. There’s no ego. We are all on the same level. We are all moving the boat forward from different positions. I’m the one who makes sure it gets to land.” 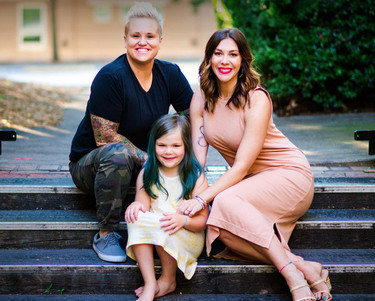