Editor’s note: In celebration of Military Appreciation Month, we are featuring eXp agents who are military veterans and are sharing their stories of service, values, and commitments.

Without a doubt, the military has shaped Jake Whetstone’s life and career. After graduating from high school in Florida, he followed in his father and grandfather’s footsteps and joined the Army, becoming a combat medic. It wasn’t his first choice, but thought it would be a good career after getting out of the military.

After training at Fort Drum, New York, he was deployed to Afghanistan in 2010 where he was attached to a platoon of 30 soldiers.

“The first time I saw blood, I passed out,” Jake said with a laugh. “But I got used to it very quickly. Medics see the worst of the worst. Unfortunately, my job doesn’t start until everyone is having a bad day.”

Jake left active military service after six years and took advantage of paid schooling by the Veterans Administration to become a Physician’s Assistant (PA). He spent the majority of his time working in the ER, but wasn’t seeing his family much and needed a change.

“I was burned out. The hours were horrible, I had two young kids, and I was going through a divorce. It was super stressful.”

Jake was also moonlighting for a local cable company when he met eXp Realty agent’s Jacqui and Ryan Bowman while doing a cable call at their home. After asking them a “billion questions,” Jake took the leap into real estate, leaving a good paying government job, eventually joining eXp Realty where Jacqui and Ryan are his mentors.

“I focus on clients who are veterans, police, firefighters and first responders,” he said. “I speak their language. I worked hard and closed on four houses in December 2020 and it hasn’t stopped.”

Jake started with no real sphere of influence. He instead works quite a bit with internet leads where his conversion rate is currently 22%.

“I’m collaborative and team-centric. Maybe that comes from the military,” Jake said. “I tell every client: You have me, a loan officer, an agent on the other side and an inspector. I treat every transaction as a team effort.”

Jake now lives in Ohio, newly married to Stephanie where they have a blended family of six – her four kids and his two.

Main focus: Residential with a focus on veterans and first responders.

Number of people on team: 5 agents.

“After a month with Coldwell, I realized I was moving way faster than they could. I needed somewhere I could go that was as quick as me. I was fortunate enough to meet my mentors, Jacqui and Ryan Bowman, and they really helped accelerate my learning and business.”

“eXp is the only brokerage that gives you freedom, bar none. Whether it’s financial freedom, creative freedom, or business freedom, eXp is hands down the place to find what you’re looking for.”

“I think the most significant experience I’ve had is having a couple tell me that my team and I were able to change their lives forever by getting them into their first home. No one in their family has ever owned one before and they were so proud and happy to be the first.”

“The culture. You’d think that a brokerage that’s cloud-based would have a poor culture, but this brokerage has arguably the best!”

Have you had any experience or success around eXp’s global revenue share and commercial businesses yet?

“We are just venturing into commercial on our team. We are certainly excited to open that up!”

“Jeez… literally everything I do is collaboration! One big one is the creation of a Clubhouse room with a fellow eXp agent that’s now getting over 100 listeners a day.”

“You need a coach and a mentor. Period. They will launch your business further than you could ever dream.”

A week back home in Florida.

Who is the person you most admire?

This is a difficult one. Honestly I admire people who create their own business and make a life for themselves.

Rudeness! Being rude is the worst!

I’ve tried out for “The Voice” multiple times! I just never make it to the judges round!

“Dance With Somebody” by Whitney Houston. 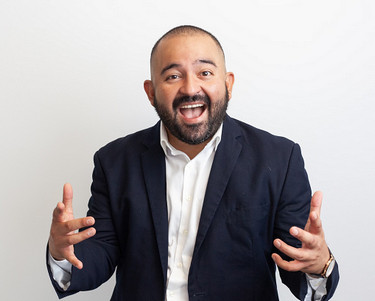 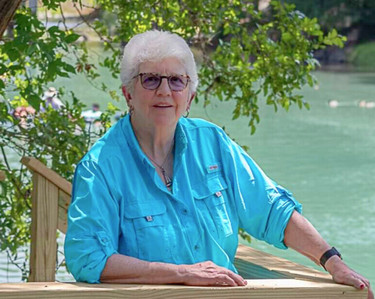