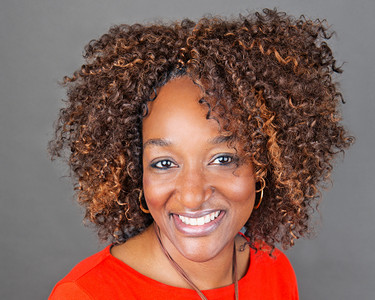 Austin’s Fee Gentry is a unifier and crusader for people, which is perhaps why for her whole life  she has drawn inspiration and hope from John Lennon’s song “Imagine.”

“That song encapsulates what I am,” said Gentry. “Especially that line, ‘You may say I’m a dreamer. But I’m not the only one. I hope someday you’ll join us and the world will be as one.’”

With that passion for unity and belonging, Gentry has found the perfect home at eXp Realty, where she is co-chairman of ONE eXp, the company’s initiative for diversity and inclusion.

“I see a world where everyone has a place to belong,” she said. “The underlying thing about eXp is everyone belongs. That’s the hope of America and the culture of eXp.”

Gentry found welcoming support from the company’s leadership of eXp CEO Jason Gesing and founder and eXp World Holdings CEO Glenn Sanford to help lead the diversity initiative of the company, first starting the Black eXp Network. But then she had the bigger idea of putting all the diversity groups (LGBTQ, Power Girls, Hispanic, Veterans, Blacks, Asians, Latinos, Seniors) under one umbrella.

And with that idea and passion, ONE eXp was started.

Teamwork and competitiveness were always part of Gentry’s DNA. She was an All-American athlete in high school in volleyball and also played basketball, ran track, high-jumped and played fast-pitch softball. In college, she was an NCAA Division I basketball player at California State University, Long Beach, and Virginia Commonwealth University in Richmond.

After college, Gentry started several businesses in the rehab, fitness and sports training industries, where she co-founded a post-rehab company and worked with a variety of athletes, including those in the NFL, NBA, WNBA, MLB, NCAA, Olympians plus weekend warriors.

Along the way she also secured an MBA at Our Lady of Lake University in San Antonio where she focused on entrepreneurship and marketing. While she may not have known it at the time, these experiences and her education would pave the way for her real estate career.

While spending time at her mother’s home in central Texas in 2004, the door to her real estate career first appeared. She met her mother’s real estate agent who quickly identified Gentry as a winner, telling her, ‘You could be in the top 1%.’”

This vote of confidence intrigued Gentry, but she was terrified of real estate.

“I didn’t know the difference between a lockbox and a listing,” Gentry said. “I had no clue. I didn’t know what I didn’t know. But somehow I sold 39 homes in my first year.”

Gentry said she tapped her marketing experience and placed ads on radio and television and wrote a real estate newsletter for the local paper called “Fee’s Corner.”

“I knew how to put butts in seats,” she said. “I ran out-of-the-box ads and did a lot of unconventional things. I implemented fresh marketing ideas believing that they would also resonate with others.”

Gentry ended up being a successful agent for a national Austin-based brokerage, but as the years went on, she felt her earning potential was limited and it began to “feel like a J.O.B.,” as she puts it.

During a chance meeting at a builder’s model home, Gentry encountered Allison Gaddy, an eXp agent who specializes in condos in Austin. They struck up a conversation about jewelry, life, and eXp.

Soon, Gentry found herself sitting across the table from Gene Frederick, one of eXp’s most powerful influencers and a former owner of seven real estate franchises in some of the top marketplaces in the U.S.

“He wrote the (eXp) model out on eight pieces of paper. I still have them,” said Gentry. “It was so compelling that the decision was a no-brainer.  The opportunity to add passive income to my commission-based income, via stock and revenue share was too good to pass up.”

Gentry was also comforted to know that many of her former colleagues made the switch, which offered further validation that eXp’s vision was solid.

“I’m surprised at how much community is possible with a cloud-based company,” said Gentry. “The people and the entrepreneurial spirit of the company where just about everything is possible is something I had never experienced.”

These days, Gentry takes a holistic approach to real estate and her clients.

“In today’s ‘look at me’ society, the clients’ needs and desires sometimes get overlooked,” said Gentry. “My approach with clients is to encourage and engage not just their home needs, but their social, health, economic, spiritual, and emotional needs.  I want to know their story, family culture and dynamics. This, in my opinion, produces successful outcomes and long-term relationships.”

Being on the beach with my SO and a cool beverage!

My blankie. (Yes. I just admitted it.) To the outside world it looks like a nice throw.

Resilience. The ability to get up over and over again after setbacks.

Oh geez. I have lots of them.  Drivers who don’t use their turn signal tops the list.

What do you most value in your friends?

I am obsessed with Princess Diana and the New Royal Family.

“You Bring Me Joy” by Anita Baker.